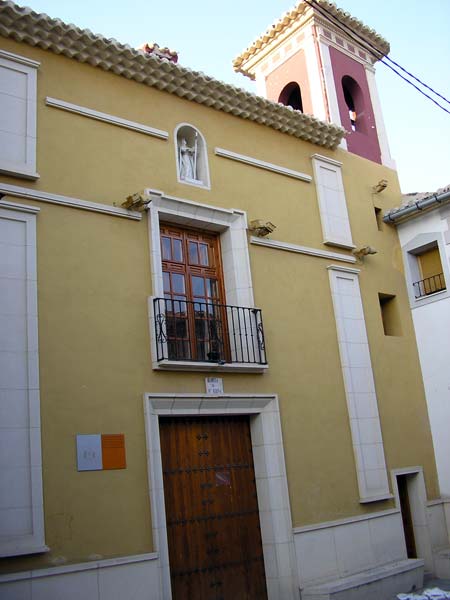 The hermit of Santa Elena is located in a neighborhood of Caravaca located on top of a hill, the Cabezo de la Cruz, and next to the Plaza del Hoyo, now the Wine Horses.

It is a baroque church of the XVIII century, with a single nave, with a high choir at the foot, with three sections and covered by an arched vault with a cruiser. In the cruiser it presents / displays vault vaída.

In the hermitage there is a baroque altarpiece with the image of Our Father Jesus Nazarene. It is an image of dress, of great devotion.

In it takes place the besapié of the first Friday of March, and from here part the procession of Good Friday in the morning.

The image of Santa Elena accompanies the Santísima and Vera Cruz in the processions patronales of the month of May.

Architecture of the temple

Building of the XVIII century, of single nave with cruiser and lateral hornacinas, with high choir to the feet. The main altar is on a grandstand. In the interior we find arches of semicircular, pilasters and vaults of half cannon roped.

The facade is decorated with pilasters, capitals and friezes in ocher color simulating the jasper of the tower; also has a large balcony with wrought iron gate and on its right side a tower of a single body.

In the 1970s, the original mud tile floor was replaced by a modern terrazzo. This unsuccessful intervention was paid for by an industrialist from Caravaca. 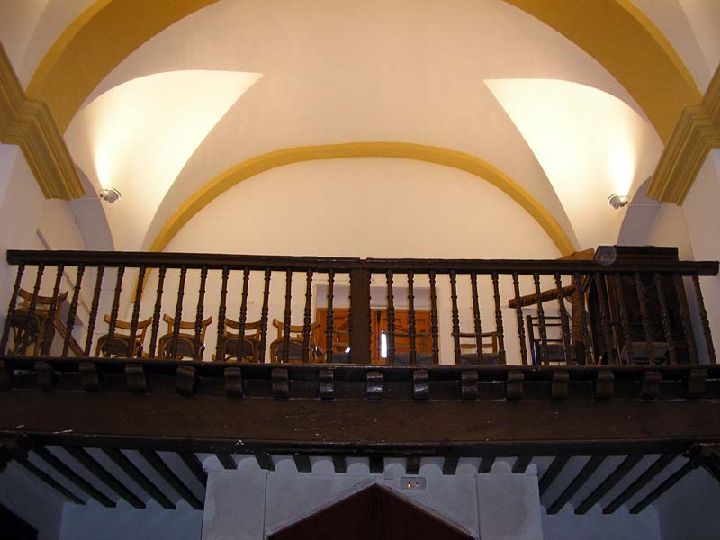 This hermitage has a baroque altarpiece, the work of Agustín López, from 1707, with the image of Our Father Jesus Nazareno (18th-20th century); image of dress, of great devotion.

St. Helena, mother of the emperor Constantine, who thanks to her his son embraced the Catholic faith. The carving was donated to the Bando de los caballos del Vino and since 2005 it supplements the previous image that will remain in the Hermitage of Santa Elena in the processions patronales. 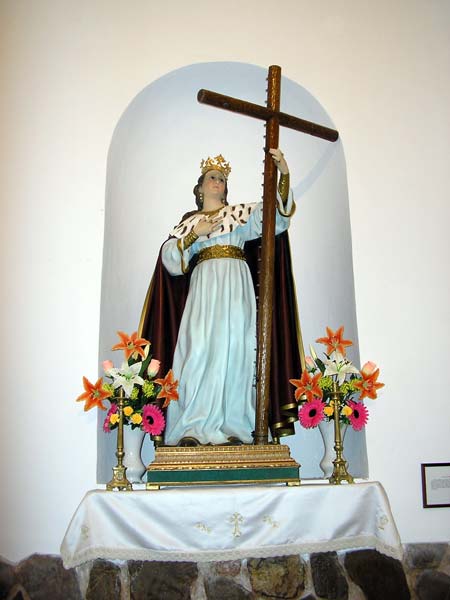 San Juan Evangelista, titular of the cofradía of the Whites, carving of the Murcia sculptor Jose Sánchez Lozano, of 1947. 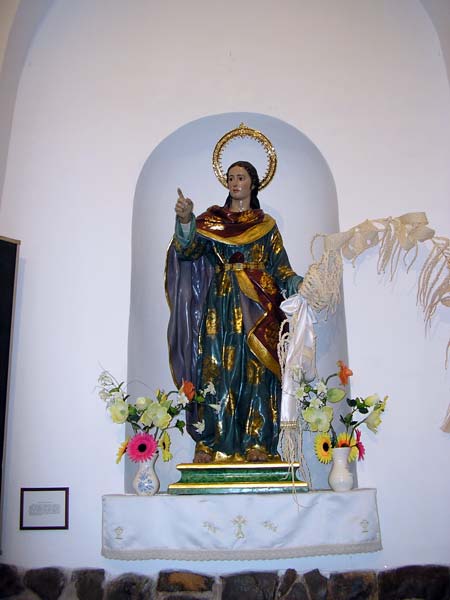 The Prayer in the Garden, which parades the night of Holy Wednesday. Brotherhood of the Moraos.

Virgin of the Good milk with San Juanito and the Niño.Lienzo of the Crucified one.

History of the temple

There is a tradition that the hermitages of northwestern Murcia were built from the reconquest of Granada in the late fifteenth and early sixteenth centuries. This flourishing of the hermitages continued during the XVII and XVIII centuries with the so-called rural baroque, where the proportions of the buildings increased in their structure, obtaining a greater ornamentation in all the church, with altarpieces, painting to temper, etc. During the nineteenth century there was a stagnation of the construction of hermitages, knowing a new rebirth in the second half of the twentieth century, reaching to this day, with functional and utilitarian buildings. 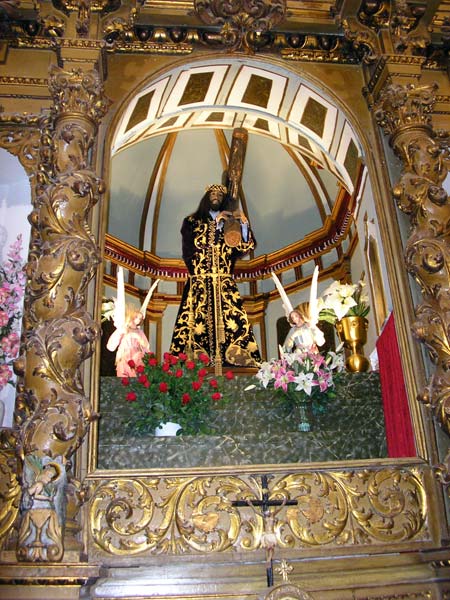 As has been said, the eighteenth century will be the great century of architectural and decorative changes in terms of covers, wider cruises, domes, etc. It is at this moment when new hermitages appear like the one that concerns us of Santa Elena and the one of Santa Inés, this one attached to a stately cortijo in Caravaca. In the Campo de Moratalla, the one of San Juan Bautista, the one of San Pedro and the one of Sabinar are very similar to owning a portico to the feet, and in the urban helmet the one of Santa Ana. In Calasparra, the Sanctuary of Ntra. of the Hope and the hermitage of the Ecce Homo of unique invocation in the zone.

In the Cup of Bullas the hermitage of the Consolation today very transformed and in the garden of Cehegín the one of the Campillo de los Jiménez, that conserves the majority of its mural decoration.

At the end of the eighteenth century and beginning of the nineteenth century, bell-tower towers emerged, as in the case of the hermitage of Santa Elena.

Most of the liturgical services of the hermitages are very recent because of the destruction they suffered during the Civil War and even today.

Among the proper names that appear linked to this hermitage is the one of Jose Sánchez Lozano, sculptor Murcia of century XX, follower of the aesthetics of Francisco Salzillo, who dedicated itself in the post-war period to make restoration sculptures so that the churches of the Region recover their Saints destroyed in the contest. For the hermitage of Santa Elena it realizes a sculpture of San Juan Evangelista of 1947.

Also appears the one of Agustín Lopez, who realized baroque altarpiece for the hermitage of Santa Elena, dated 1707. Also we can find an altarpiece of this artist in the church of San José, of the Monastery of Carmelaca Mothers of Caravaca.