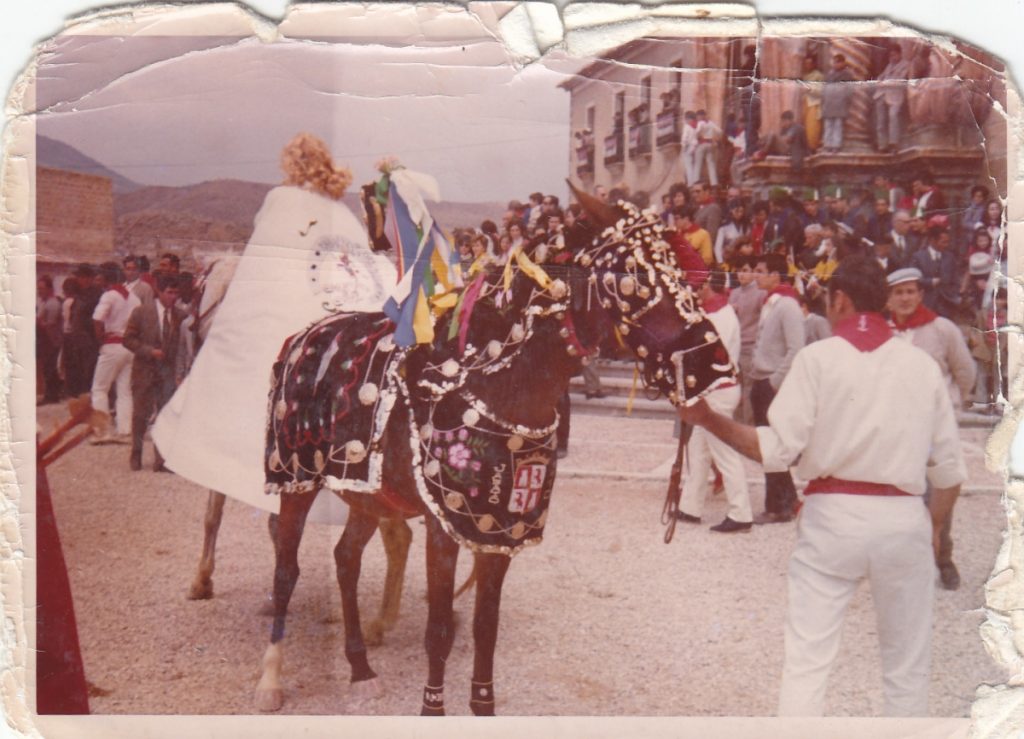 The festivities created a special and meaningful to Caravaca de la Cruz symbol since held in honor of the Stma. and Vera Cruz. They were declared of international tourist interest in 2004 and days from 1 to 5 may: Caballos del Vino, moors and Christians and rituals as the blessing of the wine and flowers and bath of the cross, blessing of the waters, held since the 16th century.

In this blog we will focus on as the wine horses were consolidated as a celebration of such repercussions for Caravaca, where the 1960s were a point key to do so.

HISTORY OF THE 2ND OF MAY

«May 2, at ten in the morning, they gather in the Chapter House, the Town Hall, brotherhood and notables of the population. The Mayor delivers to the elder brother of the brotherhood a cookie sheet covered in flowers of time and crosses of silk, embroidered on a very thin fabric, put then in place the procession preceded several richly harnessed horses and flags, which lead ask for an amount of wine; gigantones, flutes and music bands, joining in the transit to such corporations, Vicar, now Archpriest, with the clergy. This will flock to the sanctuary, which is on the highest part of the city, and the site, as we have already said, of the old fortress. Inside already from the Church, they penetrate into the chancel, clergy and corporations, and then the greater chaplain pulls out the relic of the Tabernacle and the plays in the wine that contains a magnificent silver vase. Call this ceremony, in which are blessed also flowers and small crosses, bath of wine» 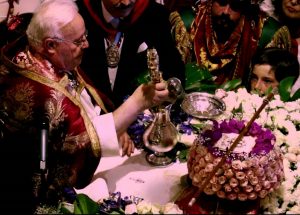 THE HORSES OF THE WINE

The older documents are dated in 1765, and detail the costs of horse prepared annually by the order of Santiago, also describing its enjaezamiento:»a pastry of blue cloth with your fringe and Royal coat of arms placed on the burden of wine, which goes up to the Castle bath of Holy Cross. Incarnate with three horlas smooth satin flag and gallon of gold to edge, this figure of satin smooth white on both sides the Holy Cross for embellishment of the horse when up this load of wine according to custom». 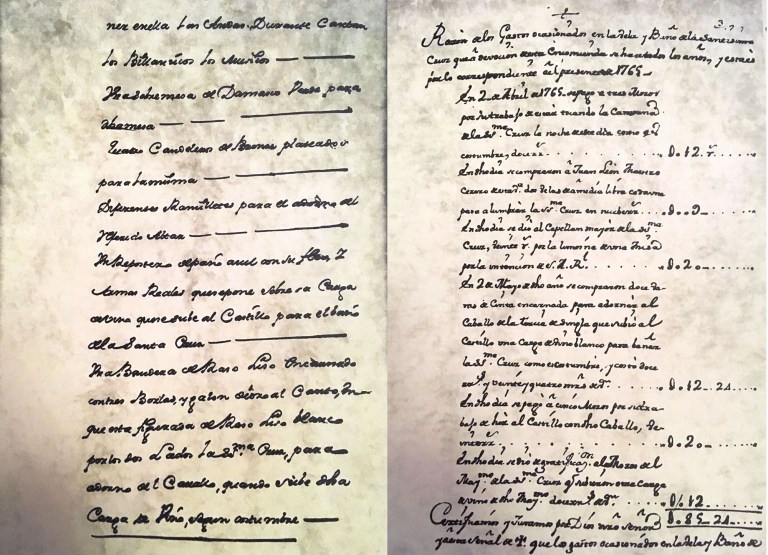 The expression «Horse of the wine» was already used in 1804.

At the end of the 19th century the horses stopped transporting wine, but instead of disappearing were consolidated, popular participation. Races, announcing with the «traditional» adjectives were regularized.

The contest of Enjaezamiento, was created in 1921 established 3 prizes determined by a jury. The first winner was the horse harnessed by Dolores Michelena. The horses are enjaezaban with blankets, shawls and clothing similar to valuing the whole, especially the flag and other accessories, which were renewed each year.

In the mid-1940’s started to make embroidered piece for the wine horses. The first was Dolores Michelena; other horses followed his example, highlighting the horse of the hole that was the first to introduce the embroidered parts.

The 1960s represent the consolidation of the celebration, generalizing the use of the Red handkerchief between the caravaqueños. In 1967 the figure of the bride (later Amazon) was established and in 1969 it acquired certain organizational independence upon the creation of the Subcommittee of the horses of wine, integrated into the Commission of celebrations. «The Panterry», the «horse of the spiders» and «Student» were the most prominent horses.

«In the 1974 arise the riders penalties, widespread popular participation and ensuring their economic maintenance the first were»Pure blood»and»Jupiter», which later would add:»Solterón»,»Sovereign»,»Spirited»,»Terry»and»Mayréna»and» Triana». In 1977 was the side of the horse wine.

The contest of horse hair, was established in 1980 by performing for the first time the following year (1981). I will be held on the afternoon of May 1 in the Plaza of the pit.

The Horse Clothing Contest  was modified in 2002, participants divided into 4 blocks, 15 penalties per block. Beginning to be used in the race a sophisticated timing system.

In 2011 the wine horses were declared well Cultural intangible by the Government of the Region of Murcia and in 2012 was approved his candidacy to be declared Intangible Cultural heritage of humanity by UNESCO.