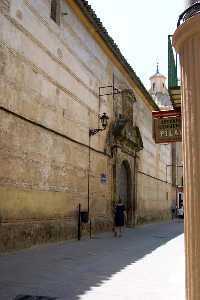 In the historic centre of Caravaca, in particular, in its main street we find the church of San Jose that belongs to the monastery that receives the same name, of Barefoot Carmelite nuns, founded in 1576, in the life of Saint Teresa of Jesus.

Both the church and the convent were made in the 17th century, although the temple was completed in the last third of the eighteenth century, after several decades of completion.

Its internal structure is of a single nave of 28.5 meters of length by 14 of width, covered by vault Vaida, with lateral chapels covered by vaults of half cannon with Lunettes. On the transept, dome over pendentives decorated with Carmelite saints and beads. 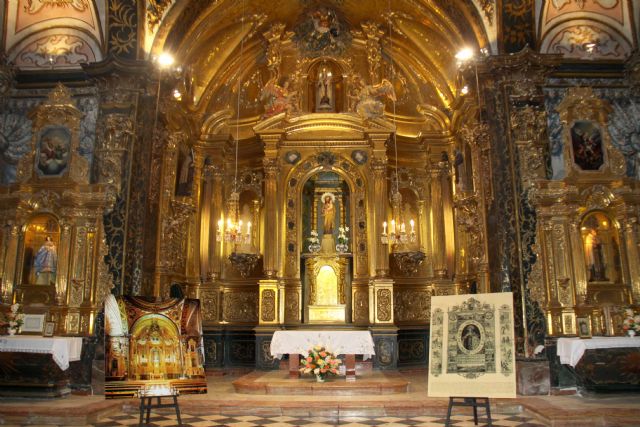 The choir is located at the feet, in two bodies: High and low closed by sixteenth-century forging lattices. It has a single belfry, with two bells, located on the side of the epistle, as it prevents the canonical right in the Conventual churches.

According to the original history of the convent, of the Prioress Carmen Teresa, the nuns bought the gold with which the church was decorated. Gold that those who thought to employ in the ornament of his neighbor, when they received the order of expulsion, decreed in 1767 by King Charles III. We refer to the laminate of gold bread that served to make the wide decoration of beads used in the altarpiece and the inner wall of the walls.

The monastery of San José of Barefoot Carmelite Mothers was founded by St. Teresa of Jesus, in 1576, on the main street, then outside the city. The foundation of the building is fully explained and described in the Santa’s own memoirs. According to these, one day in March of 1575, among the faithful who listened to the sermon of a Jesuit father, in the Church of the company, were four damsels of noble lineage. After the religious office, and during a change of impressions, they decide not to return to their respective domiciles until they get that the mother Teresa decided to establish a monastery of her reformed Carmelite order in that city.

The Saint received the first news of Caravaca in its first refurbished convent: s. José de Avila. His first intention was to come in person to Caravaca, as he used to do in most of his foundations. However, the unexpected foundation of Seville and the news he had about the distance from Caravaca and the bad state of the roads that led to this place, was what motivated his decision to send two collaborators.

The report of these was what made definitive decision to Santa Teresa de Ávila the foundation in Caravaca. The same saint says that it is due to them the foundation of this city, since without license of the foundress they made the corresponding writings of a possession in the aforementioned street Mayor, next to a hermitage dedicated to San José. They and the widow Catalina de Otálora, together with Rodrigo de Moya, father of one of the novices who contributed some of the necessary money, are the real architects of what is now a four hundred year old monastery. 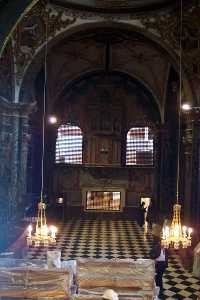 The foundation was not easy, since the permission that the government of King Felipe II had to grant for such a company was granted, however, in one of the clauses it was specified that the new monastery would be subject to the mandate of the commander of Caravaca. , then belonging to the order of Santiago.

The saint, knowing what this could report in order to the independence of the convent and to the politics of the moment, did not see with good eyes this dependence and again requested again, in June 1575, demanding that the monastery depended directly of the order Del Carmen.

At last the King granted the license, difficulties were corrected with the bishopric of Cartagena to be able to say Mass in the house and was sent priora: The mother Ana of San Alberto, officially inaugurated the monastery, with the translation of the Blessed Sacrament, the Day 1 of January of 1576. From this moment on, the present building began to be erected, first with the annexation of houses that were next to the convent, whose purchase authorizes the Holy One on September 30, 1589, and then with that of the hermitage of San José, annexed to them. 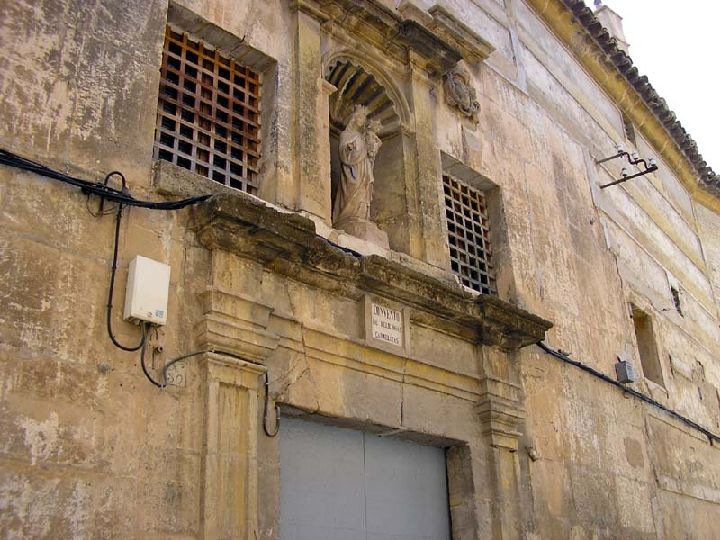 Santa Teresa de Jesús: Born on March 28, 1,515, in Avila, at five thirty in the morning, place where today stands the temple that venerates it.

The whole work of Teresa, born in the bosom of Avila, therefore its streets and temples are perennial relics that have stamped the traces of their sandals.

Physical fatigue and illness stop one day in Alba de Tormes and there dies on October 4, 1,582.