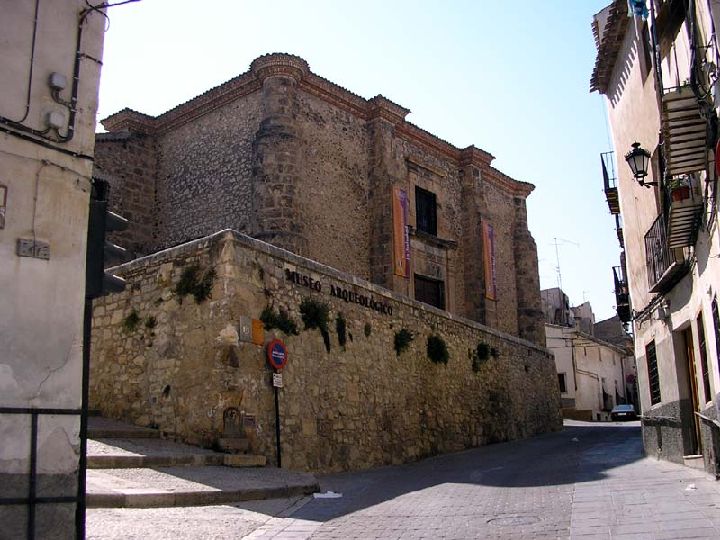 It served as a parochial church until, almost completed the present Major Church of Salvador, moved to this Blessed Sacrament in 1571. The temple belongs to a linkage that enjoys the House of the Count of Clavijo, annexed to the church and currently owned by the Hon. . Town Hall of the City.

The building was restored in 1969 by the Directorate General of Architecture of the Ministry of Housing, directing the works of the architect Víctor Caballero Hungary.

Since May 30, 1997, it has received the declaration of Cultural Interest (BORM Decree 43/1985, dated May 30), and is included in the Historic Artistic Group of Caravaca de la Cruz (BORM Decree 43/1985, of 12 of June) and being affected by the legal regulations of the Special Plan of Interior Reformation and Protection of the Old Town drafted for the purpose.

Among the characters related to the history of the building, we highlight the following:

Pedro Monte de Isla. Reasons for stylistic style on the side cover, with pilasters and modillon capitals, with the solutions executed by Pedro de Monte in Murcia (Contraste covers, now in the Museum of Fine Arts, and later cover of the Almudi). 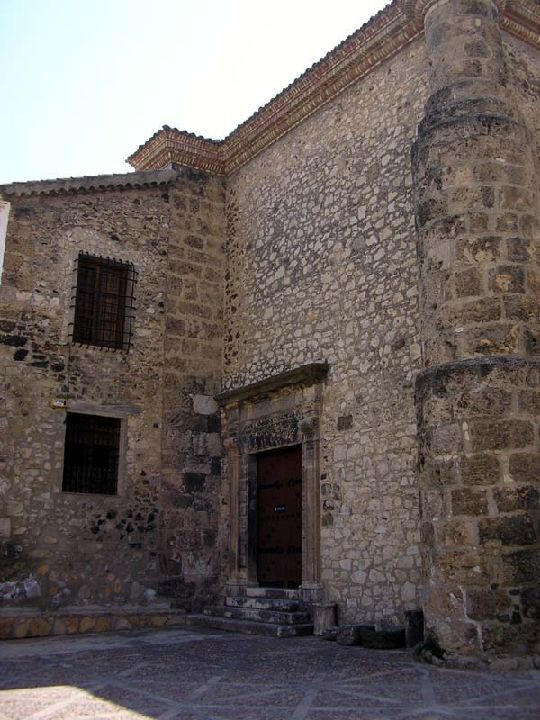 It is a temple of the second half of the sixteenth century, possibly based on the site of an old Gothic hermitage. It is a columnar church of three naves, covered with nine vaults of very slender and harmonious proportions, of square plant, and three sections by nave. It has columns of Tuscan order on pedestals or plinths.

The exterior stands out for its character of strength and its large and accentuated buttresses, both rectangular and circular in the corners. Everything from stonework. A cornice run of brick, of singular beauty, finishes the set. The doors and windows are of Renaissance style; the lateral, of century XVII is ascribed to the Baroque, although with extreme moderation.

At present it lacks presbytery and choir, this rises to the feet, disappearing in works of restoration. It had a steeple and not a brick tower, demolished in 1966 before the imminent danger of ruin.

Its furniture heritage (altarpieces, baptismal font and sacred items that constitute its trousseau) has been distributed since the 16th century by other churches in Caravaca. 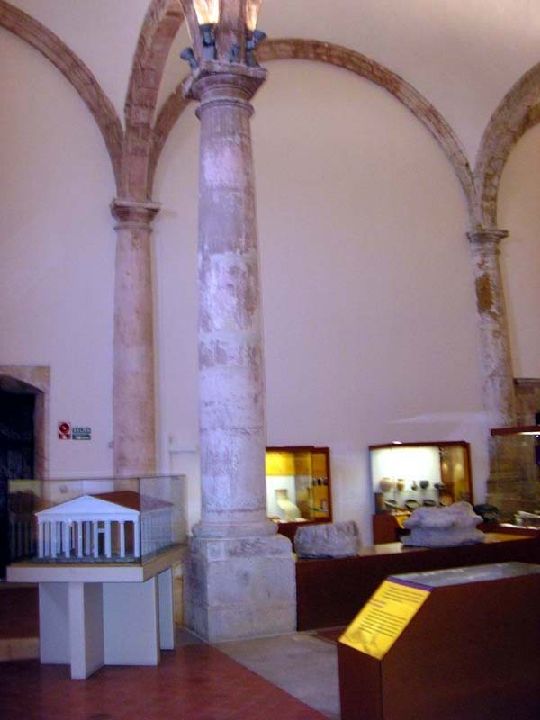 At present the Temple of the Solitude has become Local Archaeological Museum. At the main entrance stands the lintel consisting of an honorary Roman stone from the Historic Site of the Strait of Caves de la Encarnacion.